No, I haven't gone all sensible middle-aged business man! This was something quite, quite different and very exciting....

I've been trying to tie up this test in an Aixro kart for some time, but "life" kept getting in the way. Aixro? WTF that? Take a look, dear reader:

Aixro is a rotary engine with major applications in the military, used in things that need constant power. So they're pretty powerful and very robust too - the last thing the forces want is their equipment falling out of the sky and into the hands of whoever is the enemy this week. In the trim I was testing, it was giving just under 50bhp which sounded pretty exciting in a machine weighing under 200kg with even this under-tall driver on board.

Truth be told I was a bit nervous as I turned up at Whilton Mill. I was greeted by the wonderful wail of the Aixros in full flow - it turned out there were around half a dozen testing. "My" kart was sat there waiting for me, looking so innocent. I gulped again, last time at Whilton had been in C100 and I nearly wiped out the son of a former F1 world champion. I was also so slow that I vowed not to race karts again, a promise I have broken only twice and both times have proved that it was a good promise to make.

First session in the kart - an Energy chassis - and once the external starter was removed I took to the track. It was all so docile idling through Whilton's pit lane, and as soon as I got out on track I eased the throttle down. Actually, that wasn't too frightening, now if I just squeeze a bit more going up to Christmas - OHMYGODTHAT'SFAST! With the instruction that there was no rev limiter so "keep it below 11k" ringing in my ears, I could barely see the dashboard, my eyes were vibrating at a different rate to the rest of me. Just seeing where I was going was a problem, especially on the bumpy start/finish straight. The left-hander that's normally flat in a TKM/Rotax was a definite brake, then through the right and head up to Christmas and OHMYGODTHAT'SFAST! Gradually I picked out a few apexes, and I could see the rev counter on the dash. I could afford to make a right cobblers of that first corner and still find somewhere near the same revs - with the TKM if you don't get the preceding corner right, then the speed has gone.

After a few laps, I pulled in. Turned out the tyre pressures were w-a-a-y too high. I also had a turn on the brake bias to push it further forwards, and so I went out again. The machine was transformed for me. Much smoother and I was able to pick out apexes - and even sometimes find them when I wanted. Also the brakes inspired more confidence.

I did several sessions, all of them less than 10 laps because I'm so race un-fit. Arms, legs and lungs were all bruised from the experience but the kart was absolutely awesome. By the end of the day I was confident enough to push and "go for a time" and duly managed to take a couple of tenths off what I'd done so far, tried again and missed a few apexes and braking points - time to give it back to the owner I think before I spin it or worse!

I was really impressed with the kart, it allowed me to feel like a racing driver again much more so than the TKM does. I think I did a 47.2 on a day when "Mr Aixro", the driving force of the engine, was doing mostly high 45s. OK not that good, but I wasn't the slowest and I think I was on the same pace as the kart's owner. And given I've only twice driven a kart this year, I was actually pretty pleased.

There's no doubt that the engine is expensive, but rebuilds are so few and far between that maintenance costs are much less than one would think. The sheer exhilaration of driving was like nothing else I have experienced in a kart, pressing the throttle made the straight just disappear beneath my wheels while the corners leaped up at me. The front brakes didn't manifest themselves particularly, I guess I wasn't using them hard enough. I was told we were pulling just less than 80mph up the hill to Christmas, and I will admit to missing the apex a couple of times which quickened the heart rate!A bit more testing and fiddling would no doubt have got the kart exactly to my taste.

Would I buy one? In a trice, if I had the cash! Would I come out of retirement and race it? Definitely YES! Great kart, friendly scene what's not to like? 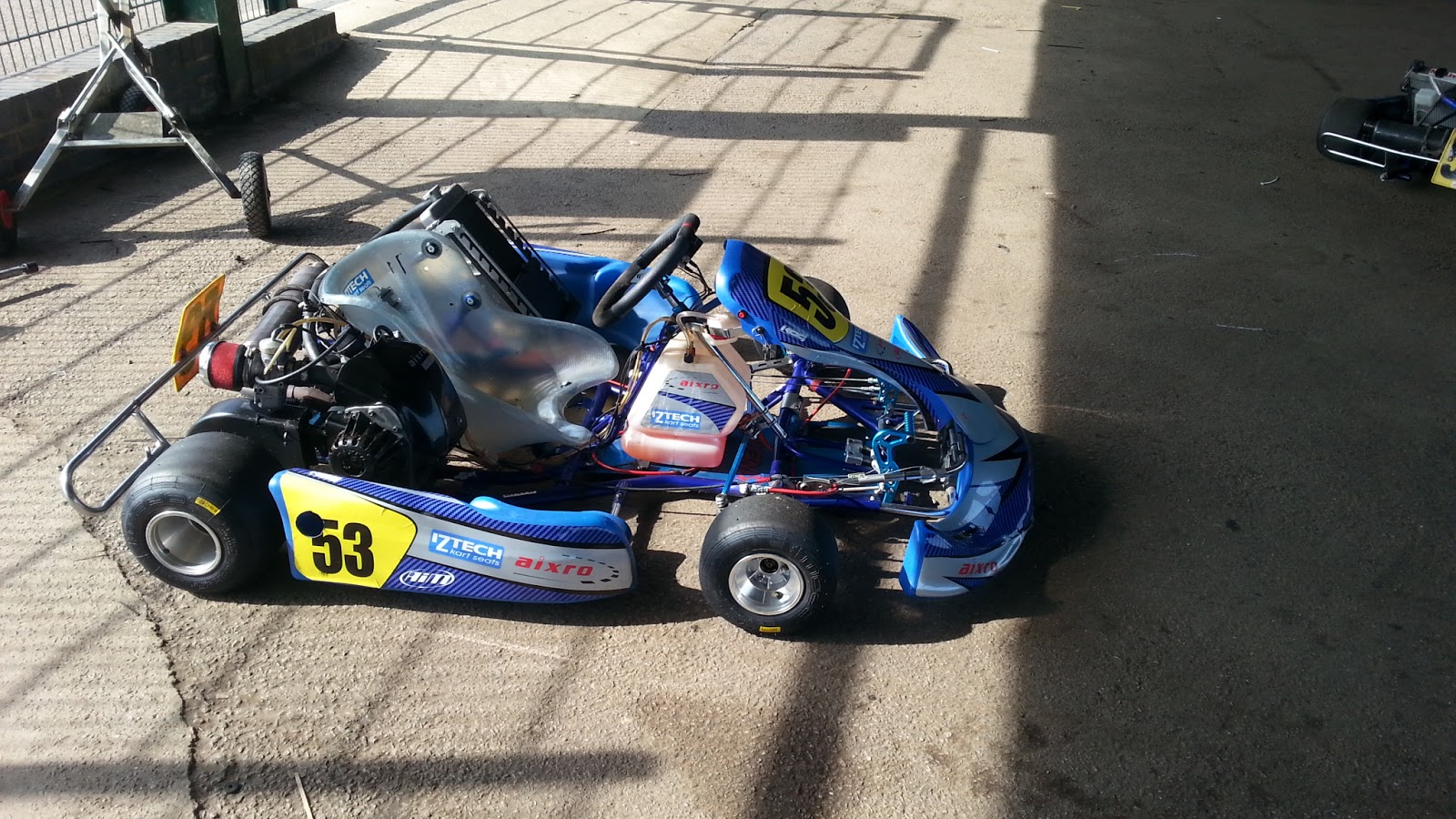 From your desktop to your doorstep